The Waynesburg Republican newspaper was a champion of Women’s Suffrage and celebrated the victory of the 19th amendment. Their feature article following election day in November 1920 gives us insight into the first female voters to line up at the polls in Greene County, Pennsylvania.

Our Vote in Pennsylvania Today Is Historic for U.S. Women

ON THIS VERY DAY 100 YEARS AGO, May 21, 1919, the House of Representatives in Washington DC passed the 19th Amendment. Greene County women and men were a part of the fight.

The caption on the photograph read, “Car in which Simon Wesley Rinehart was killed.” It was clearly going to be a research path that would lead to tragedy. Moved by this haunting image, what follows is a glimpse into the events of late 1912, remembering the lives that are memorialized by this simple picture of an automobile with a foreboding inscription.

Treasure Hunting in the Census

Henry Clay Snyder and his wife, Hannah (McVay) Snyder, appear in the 1880 Census of Aleppo Township, Greene County, Pennsylvania. Their preserved entry reveals some of the few known details surrounding the lives and deaths of Hannah and her child just days after his visit.

On August 2, 1862, Joseph Throckmorton Sr., age 77, sat down to write a letter to his second wife, Laura (Peck) (Gilbert) Throckmorton, age 63. Laura was at home on their farm in Morrow County, Ohio, to which the envelope is addressed, while Joseph was visiting his family in Waynesburg, Greene County, Pennsylvania, from where the letter was written.

What’s in a Name? 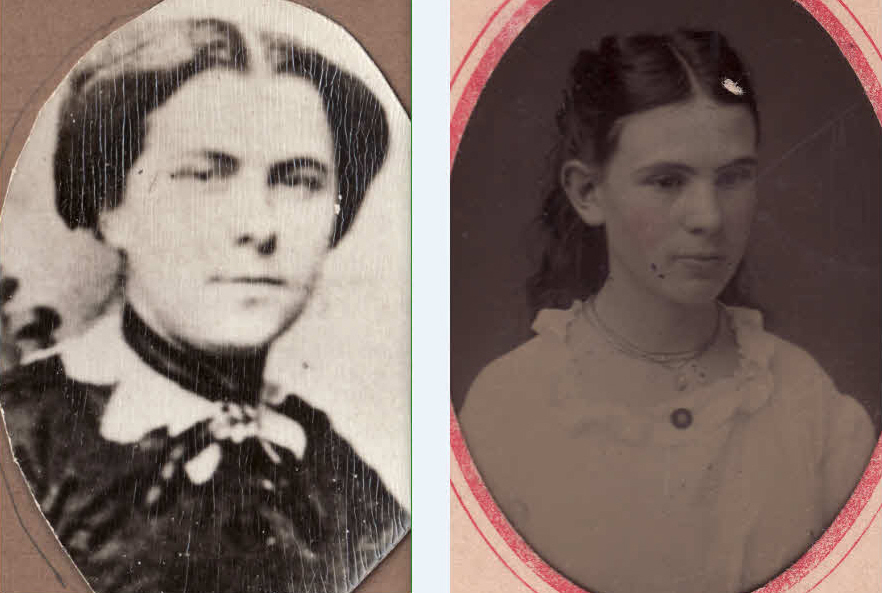 When we add ancestors to our tree the first blank we fill is their NAME. But do we make the most of this essential fact? Do we extract from it every clue and revelation about our family’s history? This is the tale of two Lucys and what the name reveals about one family’s story.

With a face a descendant is ready to love, Henry Bowler’s photograph prompted a search that added “peculiar” and remarkable personality to his preserved pose.

A discarded tombstone was rescued by a passerby, journeyed many states away, then reunited through volunteer efforts with its Greene County, Pennsylvania family.

Zacharias Taylor was hanged 9 April 1890 at the Greene County Courthouse in Waynesburg, Pennsylvania, for the murder of William McCausland. Zach was the second man hanged for murder in the county’s history. The first was his brother-in-law and accomplice, George W. Clark, who was hanged for the same murder, earlier in the year, on 26 February 1890.

Women’s Day reminds us to honor, respect, and remember the obstacles that women have overcome and the goals they still endeavor to achieve. In family and local history we look at the women of our ancestry and communities who labored to birth, raise, and improve the lives of generations past, present, and future.